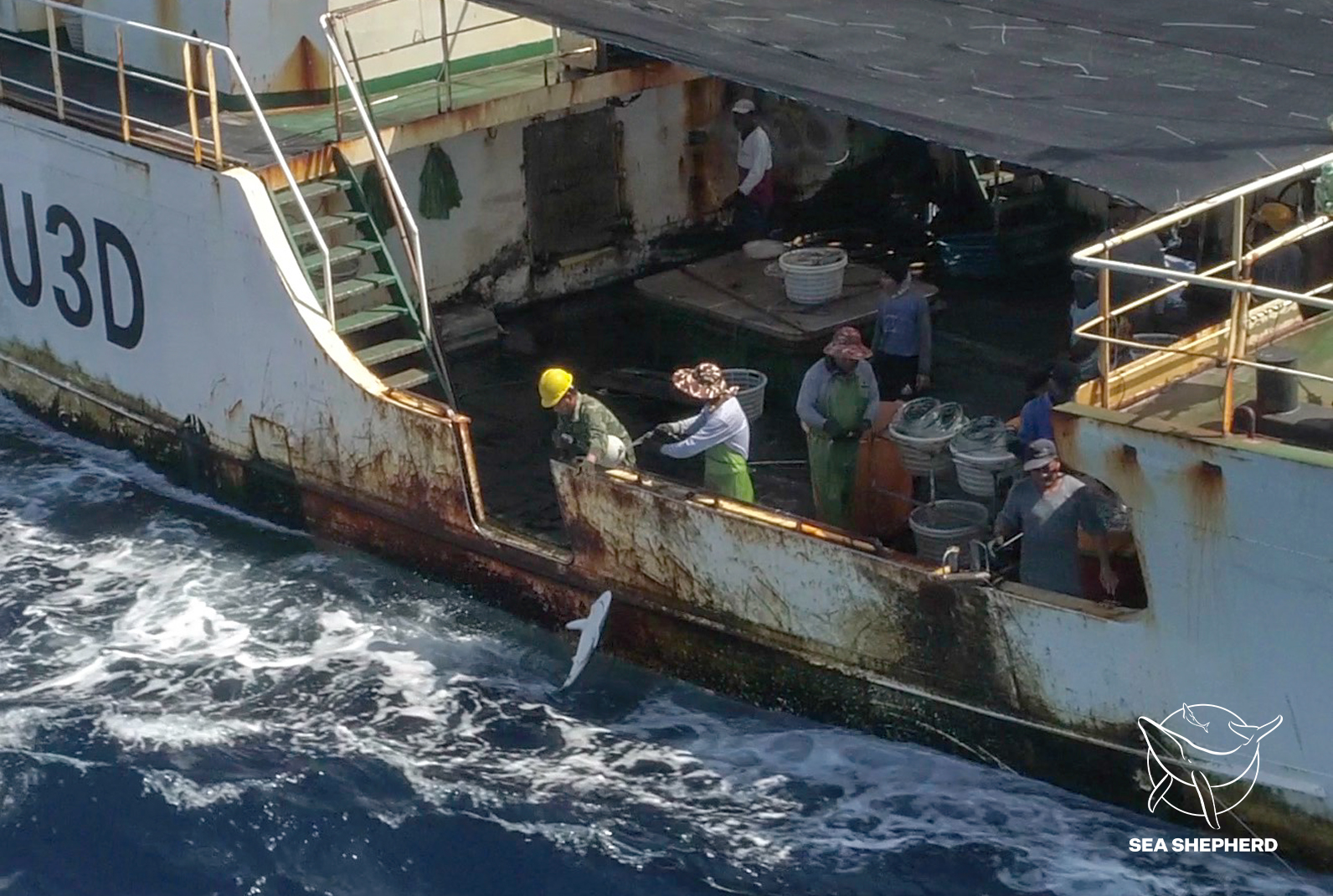 Similar to the European Union’s IUU Regulation, the Moratorium Protection Act seeks to curb IUU fishing through economic pressure.  As one of the largest importers of seafood, the United States wields significant economic power with trading nations. Under the Moratorium Protection Act, NFMS submits biennial reports to Congress identifying nations that engage in poor fisheries management practices.  Included are those nations that engage in IUU fishing on the high seas.  An identified nation then has two years to fix the issues detailed in the report or face a negative certification that brings with it the denial of port privileges for its fishing vessels and other sanctions issued by the United States.

In early 2019, an SSCS vessel thoroughly documented IUU fishing by the Chinese DWF vessel Fu Yuan Yu 19 operating in the Eastern Tropical Pacific Ocean. Specifically, the vessel was engaged in directed fishing for endangered silky sharks in a manner that violated the conservation and management measures of the Inter-American Topical Tuna Commission (IATTC) – the regional fisheries management organization with jurisdiction over this high seas area.  SSL then incorporated this evidence into a comprehensive legal brief sent to the IATTC and China.  After China failed to respond, SSL submitted the evidence and briefing to NMFS requesting that it investigate whether China should be listed under the Moratorium Protection Act.

NMFS’s decision to identify China is significant. China has the largest DWF in the world (composed of thousands of fishing vessels). This enormous fleet “has been widely implicated in illegal practices, ranking worst out of 152 coastal states on a global IUU fishing index.”[1] Nevertheless, China has only been identified once before (in 2009) under the Moratorium Protection Act. As one of the United States’ largest seafood trading partners, China now has a strong incentive to take corrective measures to avoid a negative certification in NMFS’s 2023 report to Congress. Sea Shepherd is proud to have been an integral part of this process – combining its at-sea observational platforms with legal and policy expertise to encourage NMFS to take strong action against Chinese IUU fishing.