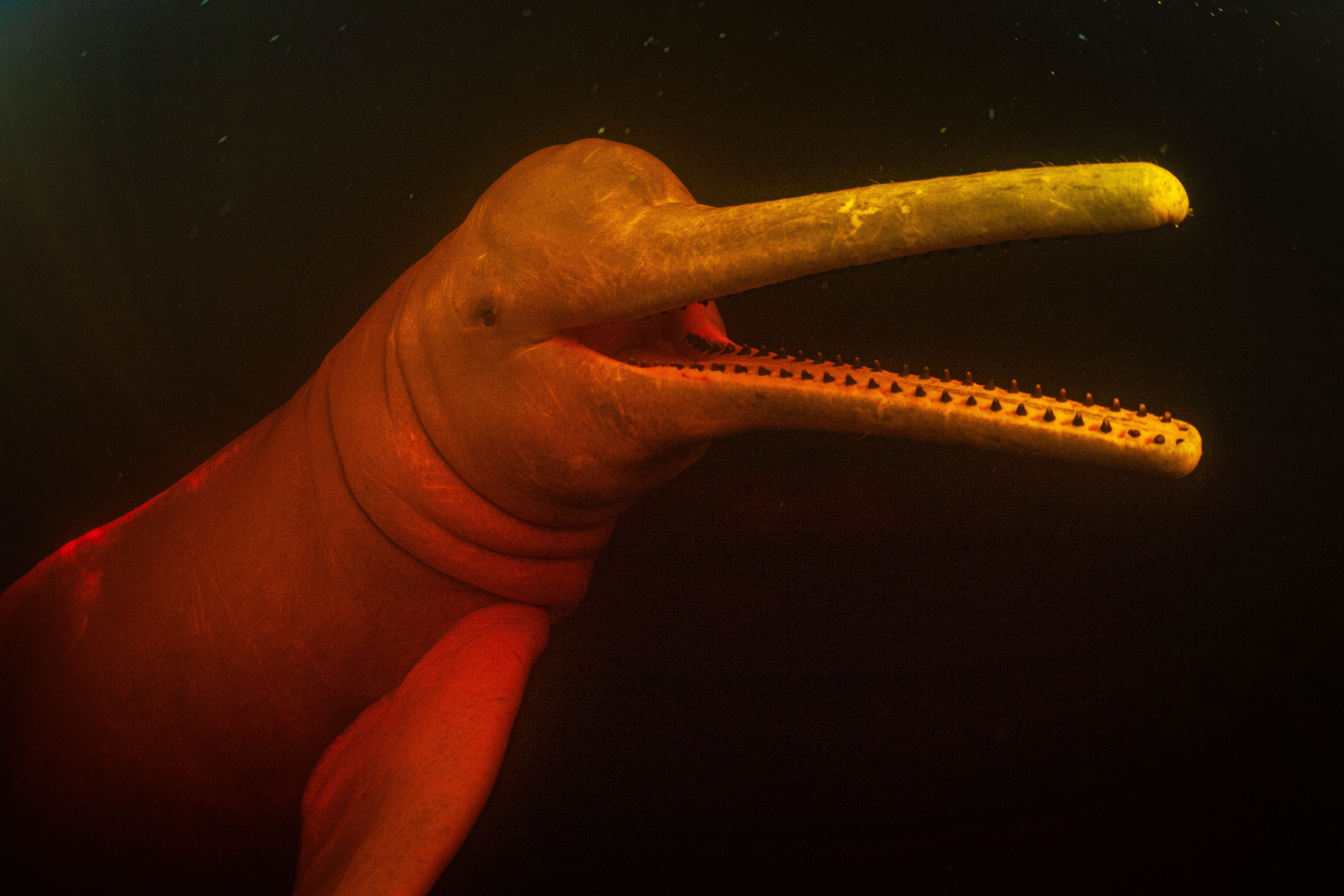 The grizzly findings come as Sea Shepherd joins forces with the National Institute for Research in the Amazon to study and protect the river dolphins endemic to the region.

Amazon river dolphins, also known as pink dolphins, are easily identifiable through their distinctive coloring. Tucuxis are freshwater dolphins found in the rivers of the Amazon basin. Both the Amazon river dolphin and the tucuxi are classified as endangered on the IUCN Red List of Threatened Species. However, recent research finds that their populations are declining by 50% every 9-10 years, suggesting that both species may be more threatened than previously believed. This study provides critical evidence about the current conservation status of these animals.

Scientists encountered three dead tucuxis on this expedition. The first was an adult, with a net mark on its neck. The animal also had a three-inch deep wound below its pectoral fin, believed to have been caused by a harpoon. The second was a juvenile with a wound mark on its tail, possibly caused by a harpoon. The third was a healthy adult, with no indications of illness and injury.

River dolphins are used as bait by poachers in the Amazon who set traps for piracatinga, a type of catfish. Since 2015, a moratorium has been in place banning the fishing of this species. During this expedition, researchers obtained drone footage of a piracatinga trap, but a black tarp covered the bait, preventing identification.

Researchers also sighted approximately 1,400 live Amazon river dolphins and 3,200 tucuxis during the 19-day survey. Data gathered during the expedition reveals that the density of river dolphins varies significantly across the study sites, with a higher number of sightings occurring in protected regions.

“The survey was a great success,” said Dr. Sannie Brum, research leader of the INPA. “It is an important step for us to be able to map the population health of these species in the long term, and in a wider area: this reading is a key piece for us to know the conservation status of these species. You can only protect what you know.”

Led by Dr. Brum, the expedition included four scientists from INPA and two Sea Shepherd scientists. The survey monitored 1179 km of rivers, lakes, and channels. This research aims to complement a renowned long-term population study of the river dolphins of the Amazon led by Dr. Vera da Silva, head of the Laboratory of Aquatic Mammals at INPA.

Five more expeditions are planned over the next three years, allowing for the in-depth data collection necessary to study population trends and understand the threats to the species.

“Sea Shepherd’s arrival in the Amazon with this expedition is a continuation of our efforts to the protection of the most threatened cetacean species in the world,” added Nathalie Gil, leader of the Sea Shepherd expedition. “We already have a long history of protecting the marine vaquita in Mexico, and in Brazil, this work will be no different: our commitment to the conservation of river dolphins has just begun. We don’t want to repeat the story we’ve already seen with the extinction of the Baiji dolphin in China.”