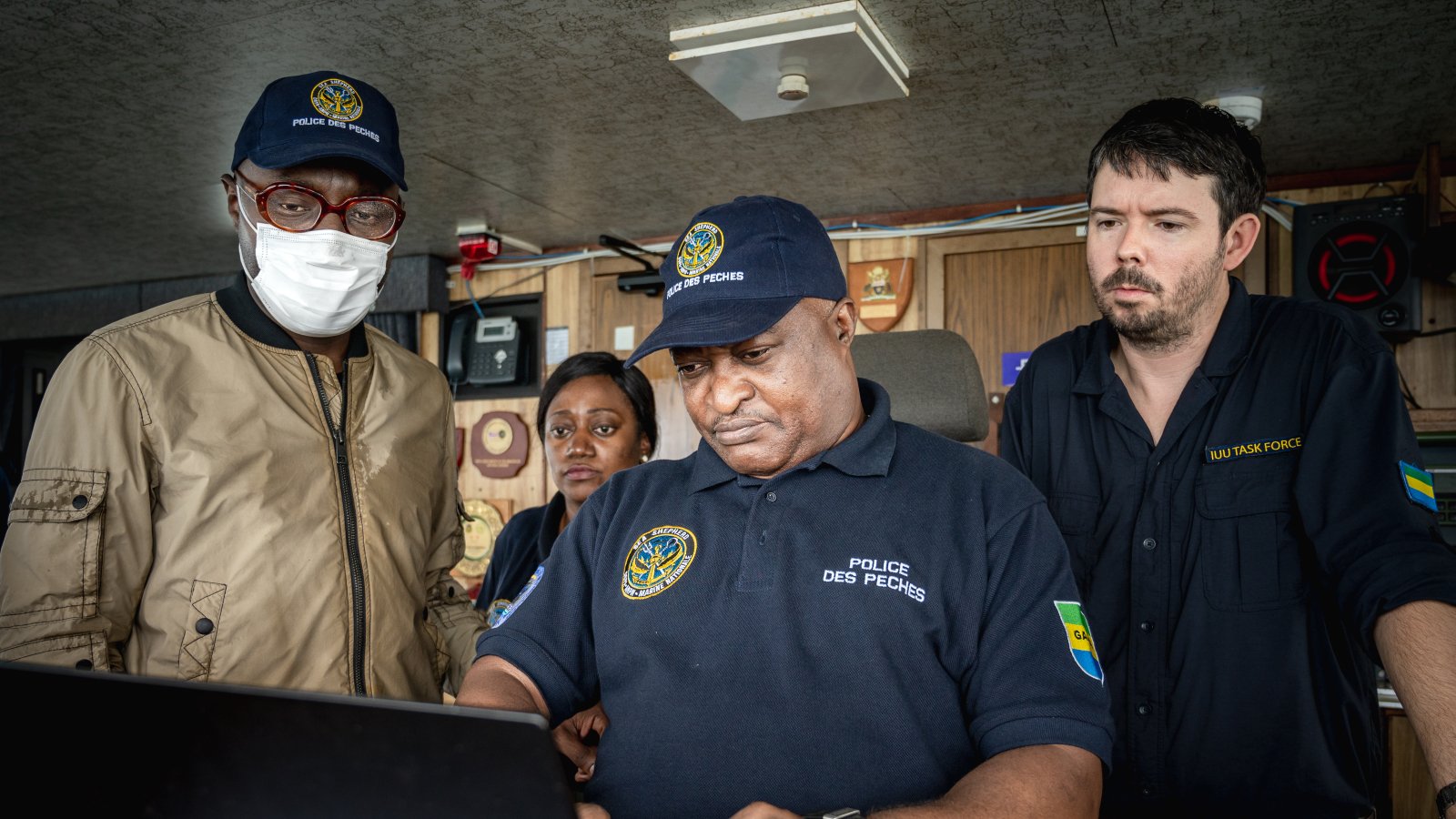 On the 17th of September, the Minister of Fisheries in Gabon, a country in Central Africa, issued an emergency decree suspending the Gabonese shrimp fishery indefinitely after making alarming discoveries while on fisheries patrol with the Sea Shepherd vessel Bob Barker.

The shrimp trawler, Renovation 2, had a startling ratio of catch to bycatch. Bycatch refers to the non-target species caught by a fishing vessel.

On most shrimp trawlers, for every pound of shrimp caught, at least six pounds of bycatch is also captured, including sea turtles, sharks and other vulnerable species.

In the case of Renovation 2, the ratio of catch to bycatch was estimated at 0.2% shrimp to 99.8% by weight. Most of the latter was thrown overboard dead.

Renovation 2 was placed under arrest and ordered to proceed to Port Gentil, Gabon for further investigation.

Now with Renovation 2 in detention, another two shrimp trawlers–Amerger II and Amerger 7–have been called back to port as Minister Maganga-Moussavou made the decision to suspend the entire shrimp fishery.

”I was alarmed by what I saw on board Renovation 2. It is unfathomable that for every ton of shrimp caught, another ninety-nine ton of other marine wildlife was killed. Many of these fish caught were juveniles. To save the shrimp populations from collapse, I have decided to suspend the entire shrimp fishery to allow the marine ecosystem to recover.

In addition to grounding the three shrimp trawlers licensed to fish in the waters of Gabon, Minister Manganga-Moussavou revoked the fishing license of a European-owned fishing purse seine fishing vessel that refused repeated requests to release two humpback whales caught in a net set for tuna.

Shocking footage captured by Sea Shepherd showed the endangered marine mammals frantically fighting to escape for over one hour until the purse seiner finally opened their net. After viewing the imagery, Minister Maganga-Moussavou made the decision to kick the purse seiner out of Gabonese waters.

“This is the kind of strong action that makes Sea Shepherd proud to support the conservation efforts of Gabon. Thanks to the leadership of Minister Maganga-Moussavou, three shrimp trawlers that were fishing unsustainably have been grounded and a purse seiner that tormented two whales has been booted out of the country, giving the oceans here a fighting chance”, said Captain Peter Hammarstedt, Sea Shepherd’s Director of Campaigns.