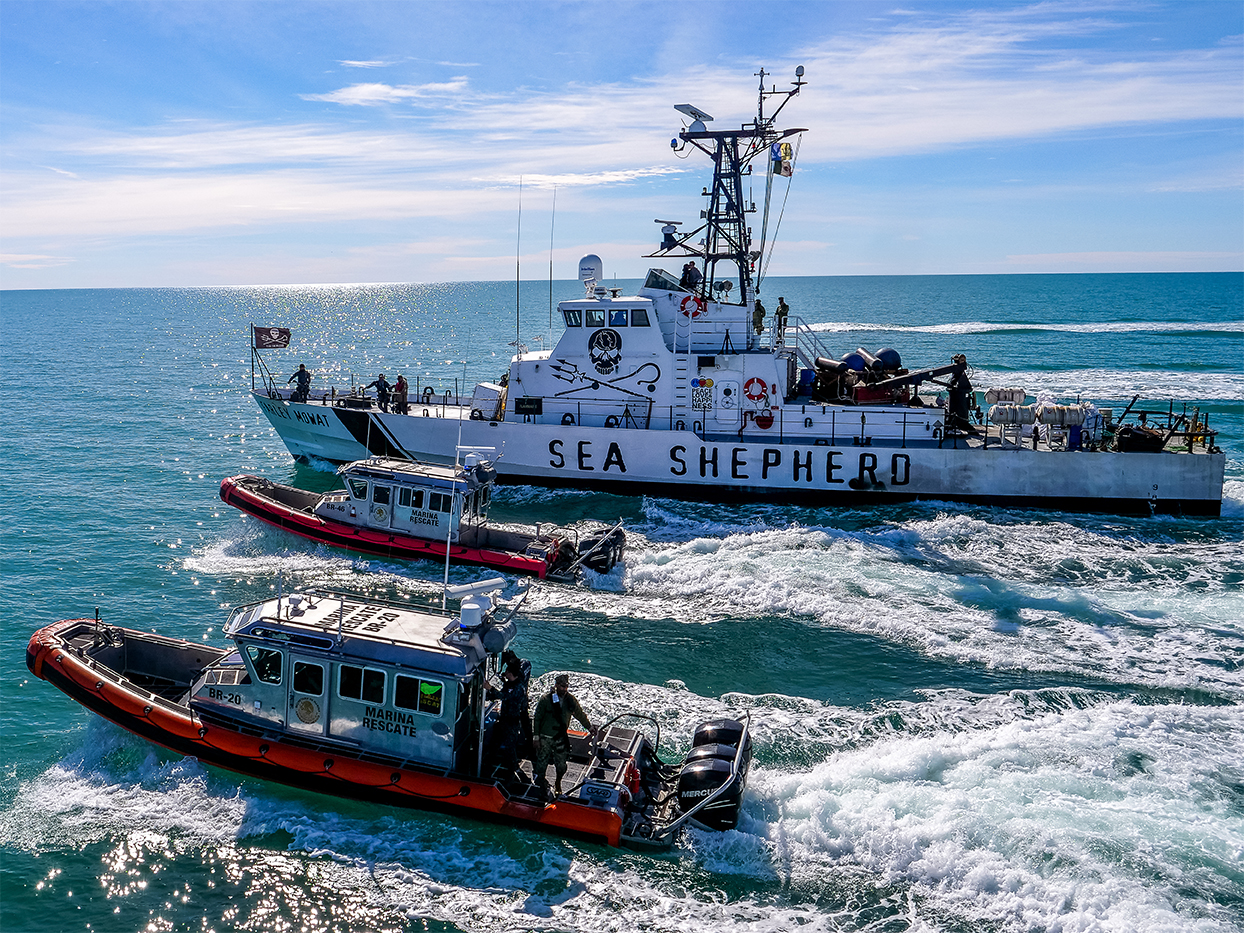 Mexico and Sea Shepherd Partner to Save Vaquita Porpoise

Sea Shepherd’s scientific and anti-poaching campaigns resume through a new agreement with the Mexican government to protect the world’s most endangered marine mammal.

MEXICO CITY – September 23, 2021 – Sea Shepherd has entered into a new agreement with Mexico’s Ministry of the Environment and Natural Resources, the Secretariat of the Navy, the Secretariat of Agriculture and Rural Development, the Federal Attorney for Environmental Protection, the National Commission for Aquaculture and Fisheries, and the National Commission for Natural Protected Areas.

The agreement, signed by Sea Shepherd Conservation Society Chairman and President Pritam Singh on August 6, indicates that the organization will inform Mexico’s Federal Attorney for Environmental Protection and the Secretariat of the Navy about any abandoned gillnets located in the Zero Tolerance Area and the Vaquita Refuge. The nets will be recovered and delivered by Mexico’s National Commission for Aquaculture and Fisheries to protect the critically endangered vaquita porpoise.

The vaquita is the world’s most endangered marine mammal and is endemic to a small region in Mexico’s Upper Gulf of California. Recent estimates suggest that only 10 of these animals remain. Sea Shepherd has been working alongside Mexican authorities since 2015, removing the illegal gillnets that threaten the survival of this species.

“This breakthrough agreement comes just in time for the 10 individual vaquita porpoises counting on the government and NGOs to come together to save them and their species,” said Pritam Singh. “Over the past six years, Sea Shepherd has proudly supported the conservation efforts of the government of Mexico through the removal of illegal nets. The signing of this new agreement will allow for Sea Shepherd ships to return to the Upper Gulf, giving the vaquita a fighting chance of survival. We are grateful for the government’s continued collaboration with us at this make-or-break moment.”

Gillnets are long, rectangular nets that can span several hundred feet in length and form invisible barriers under the water. Poachers set gillnets to catch totoaba, another critically endangered species whose swim bladders are in high demand on the Chinese black market for their unsubstantiated medicinal qualities.

Vaquitas are approximately the same size as totoabas and frequently fall victim to these nets, which are also responsible for the deaths of whales, dolphins, sharks, and sea turtles.

Working in partnership with Mexican authorities, Sea Shepherd has removed over 1,000 gillnets from the federally protected and UNESCO-recognized Vaquita Refuge to date, directly saving the lives of over 4,000 animals.

Sea Shepherd will return to the Upper Gulf in the fall of 2021 to resume front-line operations to prevent the extinction of the vaquita.