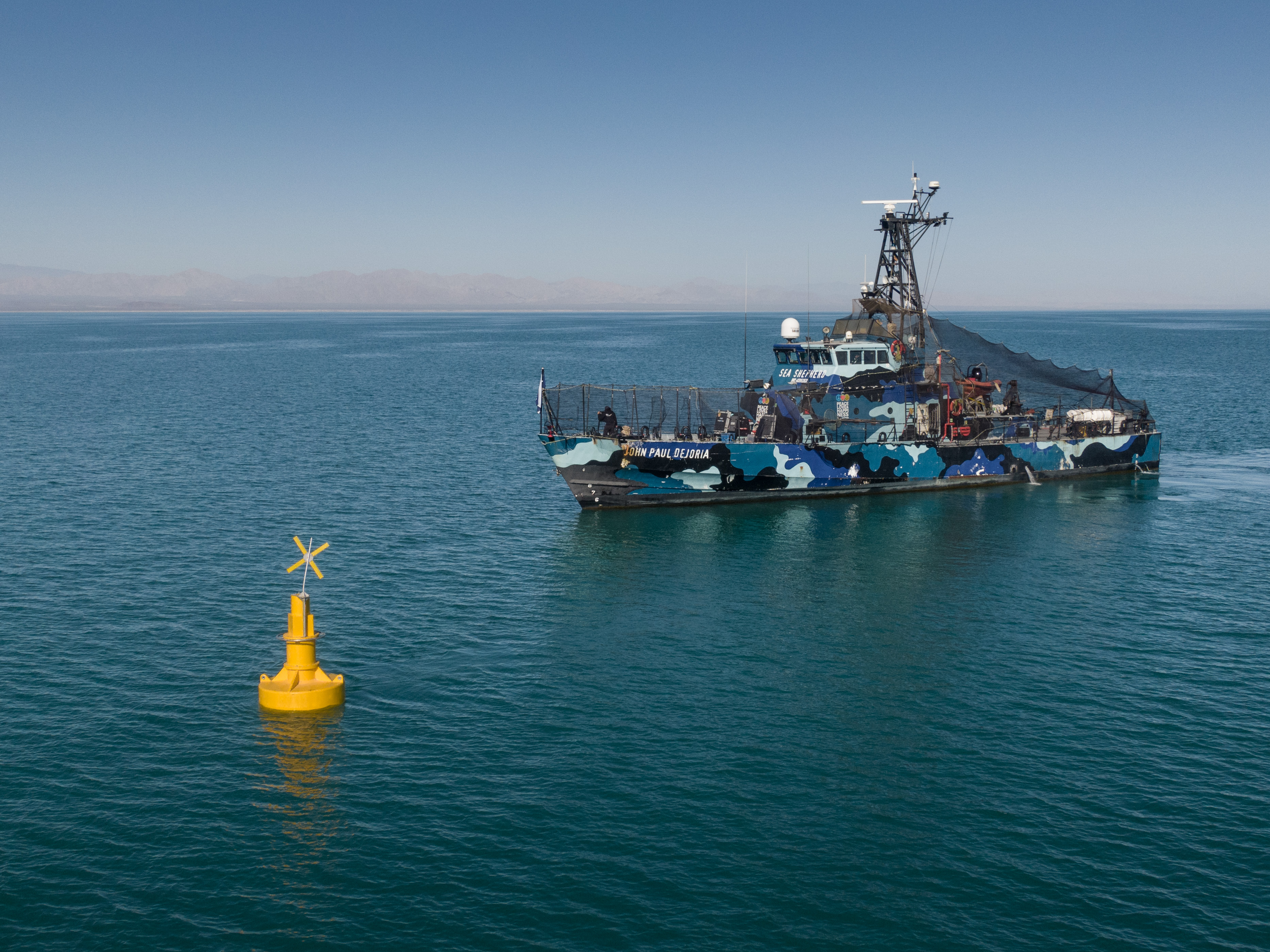 Operation Milagro is a Sea Shepherd Conservation Society (SSCS) initiative aimed at collaborating with the members of the Intergovernmental Group (GIS) led by the Secretary of the Navy, under the protection of the current collaboration agreement. Since 2015, Sea Shepherd has worked with Mexican authorities and leading researchers to protect the vaquita by preventing and removing illegal fishing gear inside the Vaquita Refuge – a UNESCO-recognized and federally protected area in which gillnet fishing is banned. In early January 2022, Sea Shepherd and the Mexican Navy began a new reporting and response protocol in the Zero Tolerance Area (ZTA), a high-priority area within the Vaquita Refuge covering over 225 square kilometers. This enhanced protocol has led to a substantial reduction in the number of fishing vessels in the ZTA.

For the first time ever, a delegation from SSCS and leadership from the Mexican Navy’s Second Region toured each other’s ships. On Wednesday, March 30, 2022, the SSCS delegation hosted Commandante José Carlos Tinoco Castrejón, Commander of San Felipe’s Navy Sector, on their ship, M/V John Paul DeJoria, where SSCS demonstrated the monitoring and reporting protocols used to detect the illegal fishing in the ZTA that threatens the vaquita’s survival.

The following day, Thursday, March 31, the Mexican Navy hosted the SSCS delegation on their ship Sonora, where the Navy demonstrated their process for responding to SSCS reports of illegal fishing in the ZTA. The demonstration included the Mexican Navy’s Interceptors, which are light, high-speed boats, as well as planes and helicopters. This process, in place since January of this year, has led to a substantial reduction in the illegal placement of nets that ensnare and kill vaquitas.

Admiral Portillo reflected on the importance of the Operation Milagro partnership, saying, “There is much gratitude, on the part of the Navy, for the work that Sea Shepherd does, in coordination with the marine authorities.”

After the Mexican Navy demonstrations, SSCS Chairman of the Board Pritam Singh remarked, “This new updated partnership and coordinated effort in the Vaquita Refuge since January 2022 is effective in keeping nets out of the ZTA. Together with the Mexican Navy, we are improving the chances of survival for the vaquita.”

Days later, in Mexico City, the SSCS delegation updated American officials at the US Embassy on Monday, April 4, then met with Secretary of the Mexican Navy Jose Rafael Ojeda Duran on Tuesday, April 5. The SSCS delegation updated the Secretary on the Operation Milagro partnership and the positive impact witnessed at the ZTA since the new protocol was put in place in January.

The vaquita is an endemic species that exists only in a small region of Mexico’s Upper Gulf of California. Scientists estimate that fewer than 20 vaquitas remain. Entanglement in fishing gear is the greatest documented threat to the survival of the species.

Since 2015, Sea Shepherd’s fleet has removed over 1,000 pieces of illegal fishing gear from the refuge to date, giving the vaquita a fighting chance at survival as well as helping the threatened totoaba. Beginning January 2022, Sea Shepherd and the Mexican Navy started patrolling the Zero Tolerance Area of the Vaquita Refuge, utilizing a new report protocol in the high priority region for scientists and conservationists where the remaining vaquita population is believed to be located. Between October and November of 2021, the Sea Shepherd vessel M/V Sharpie and the Museo de la Ballena’s M/V Narval conducted a scientific survey to identify the presence of vaquitas in the Zero Tolerance Area. The survey was carried out by a team of leading vaquita researchers. The scientists made eight vaquita sightings over five days of the expedition, estimating that 7-8 adults exist and 1-2 calves.

More information on the campaign to save the vaquita: seashepherd.org/milagro/