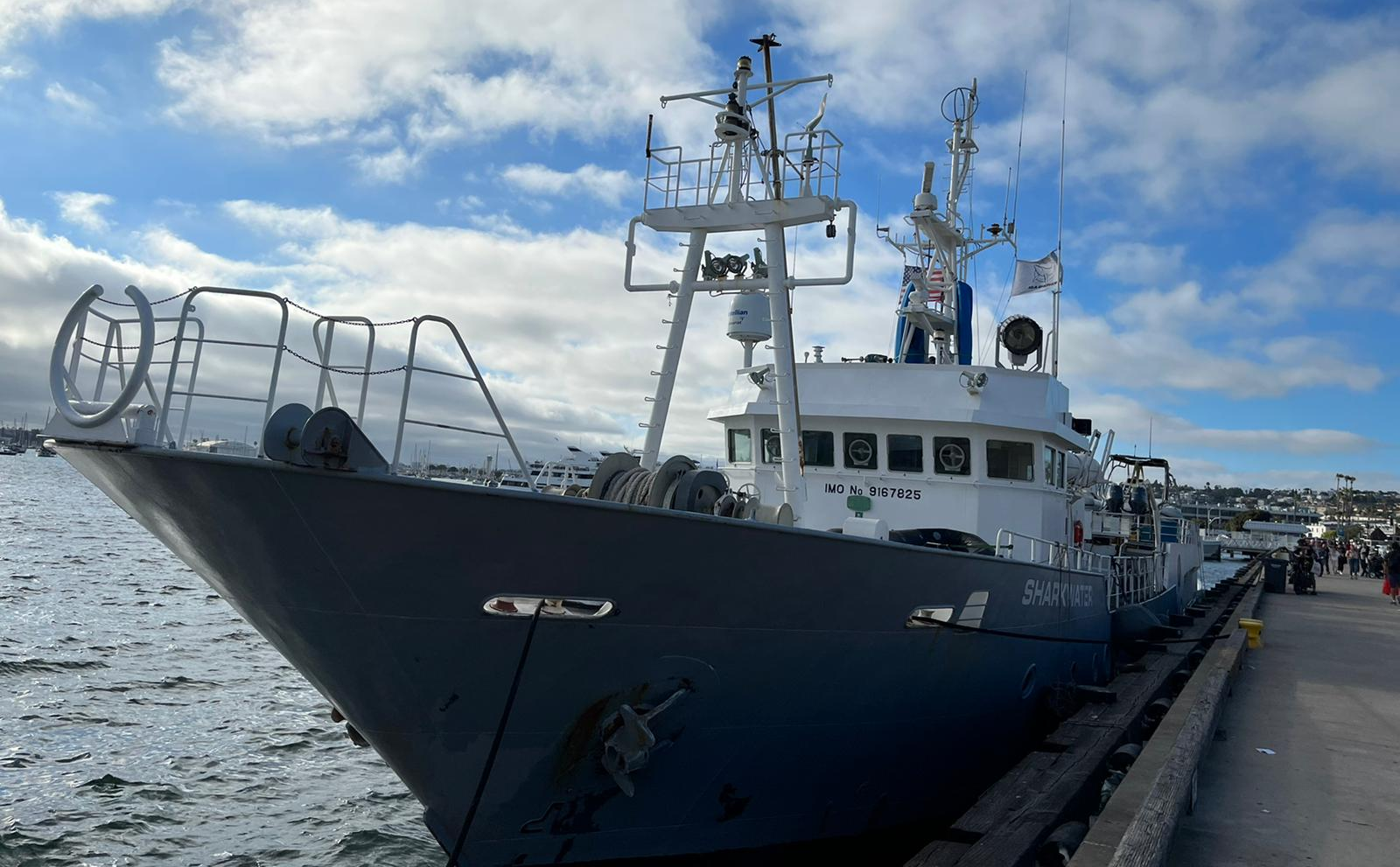 Sea Shepherd Conservation Society is proud to announce the acquisition of the MV Sharkwater, a storied vessel with a long history of conservation. SSCS took possession of the ship 12 miles off-shore of San Diego, CA on July 8, 2022.

Built in 1997, the 48 x 7.4 meter ship will be the largest in the SSCS fleet, weighing in at 287 gross tons. Throughout August and September it will be re-fitted for Sea Shepherd’s missions in protecting the vaquita in the Upper Gulf of California and in fighting against IUU in the Pacific Ocean. The vessel will embark on its first campaign once those updates are complete.

“Sea Shepherd Conservation Society will continue its long history of direct action and being on the front lines with our long-term campaign to protect the vaquita and fight IUU fishing,” SSCS Chairman of the Board Pritam Singh recently said. “The Sharkwater expands our capacity to protect endangered wildlife, and we are thrilled this ship’s rich history of activism will now be part of our campaigns. The threats to our oceans are growing and our fleet must grow to meet this moment. All of this is possible because of the continued support of our donors, volunteers, crews, and staff.”

The Sharkwater’s service in the cause of protecting marine wildlife is legendary. Originally named Senshu Maru, the ship initially served as a Japanese fishing vessel. In 2017, it was purchased by Fins Attached, a marine conservation organization dedicated to the protection of oceanic ecosystems and conservation of sharks. The vessel was re-christened Sharkwater in honor of the late filmmaker and conservationist Rob Stewart. The addition of the Sharkwater to the Sea Shepherd fleet will continue his legacy of protecting sharks and marine ecosystems in oceans around the world.

Sea Shepherd Conservation Society expects to announce the ship’s first campaign in the fall of 2022.