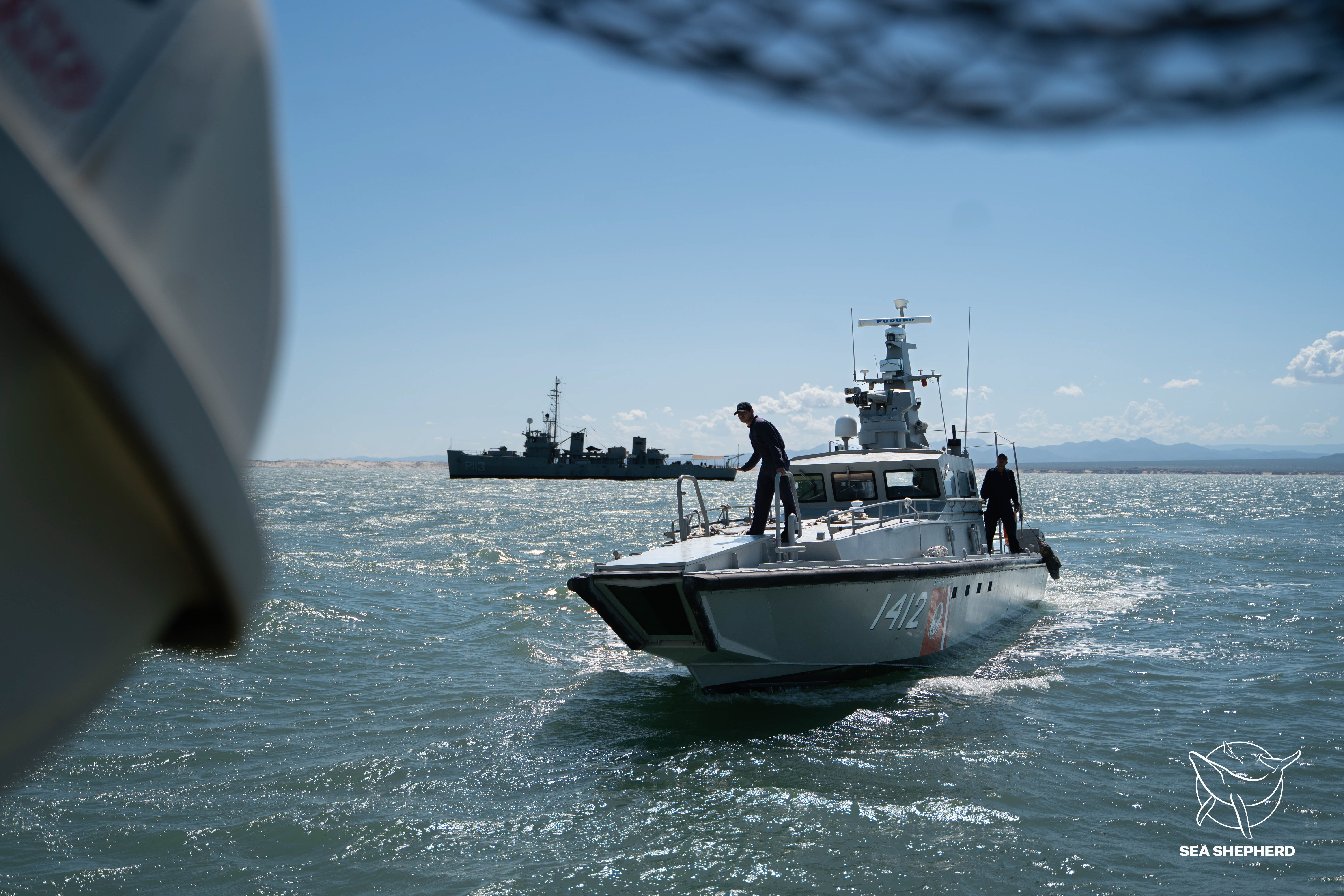 SAN FELIPE, BC, Mexico – Oct. 12, 2022 – In an official statement released on Oct. 7, Mexico’s Secretary of the Navy, in partnership with the Secretary of the Environment and Natural Resources, announced the launch of a new program aimed at deterring illegal fishing within the Zero Tolerance Area of the Vaquita Refuge.

Known as the Concrete Block Planting project, this new initiative consists of the placement of 193 cement blocks on the sea floor in strategic positions within the vaquita’s habitat. Large hooks protruding from the top of each block will capture any gillnets deployed within the region.

The vaquita is the most endangered marine mammal in the world. Its population has declined in recent years due to entanglement in illegal gillnets. Experts believe that fewer than 20 vaquitas now remain. Vaquitas are endemic to a small region in Mexico’s Upper Gulf of California, residing in an area known as the Vaquita Refuge.

The Vaquita Refuge is a UNESCO-recognized and federally protected region in which gillnet fishing is banned. The Zero Tolerance Area is a priority region within the Vaquita Refuge and is where scientists believe the remaining vaquita population is localized. In October 2021, a vaquita sighting survey carried out by world-leading scientific observers on board Sea Shepherd’s Sharpie and Mexican NGO Museo de Ballena’s Narval observed 6-10 healthy vaquitas in the area, including 1-2 calves.

Sea Shepherd vessel Farley Mowat is currently in the Vaquita Refuge, monitoring the area to deter illegal fishing and detect any fishing gear. Using specialized sonar, Sea Shepherd will monitor the water surrounding the cement blocks, notifying the Mexican Navy of any nets entangled in the hooks. Sea Shepherd and Mexican NGO Museo de Ballena will remove any nets caught by the cement structures, prioritizing the release of any animals trapped within the nets.

“We are thrilled that our relationship with the Government of Mexico has reached a level of respect and coordination that Sea Shepherd is invited to the table as we partner together and evolve our strategies to protect the vaquita,” said Pritam Singh, Chairman of the Board for Sea Shepherd Conservation Society.