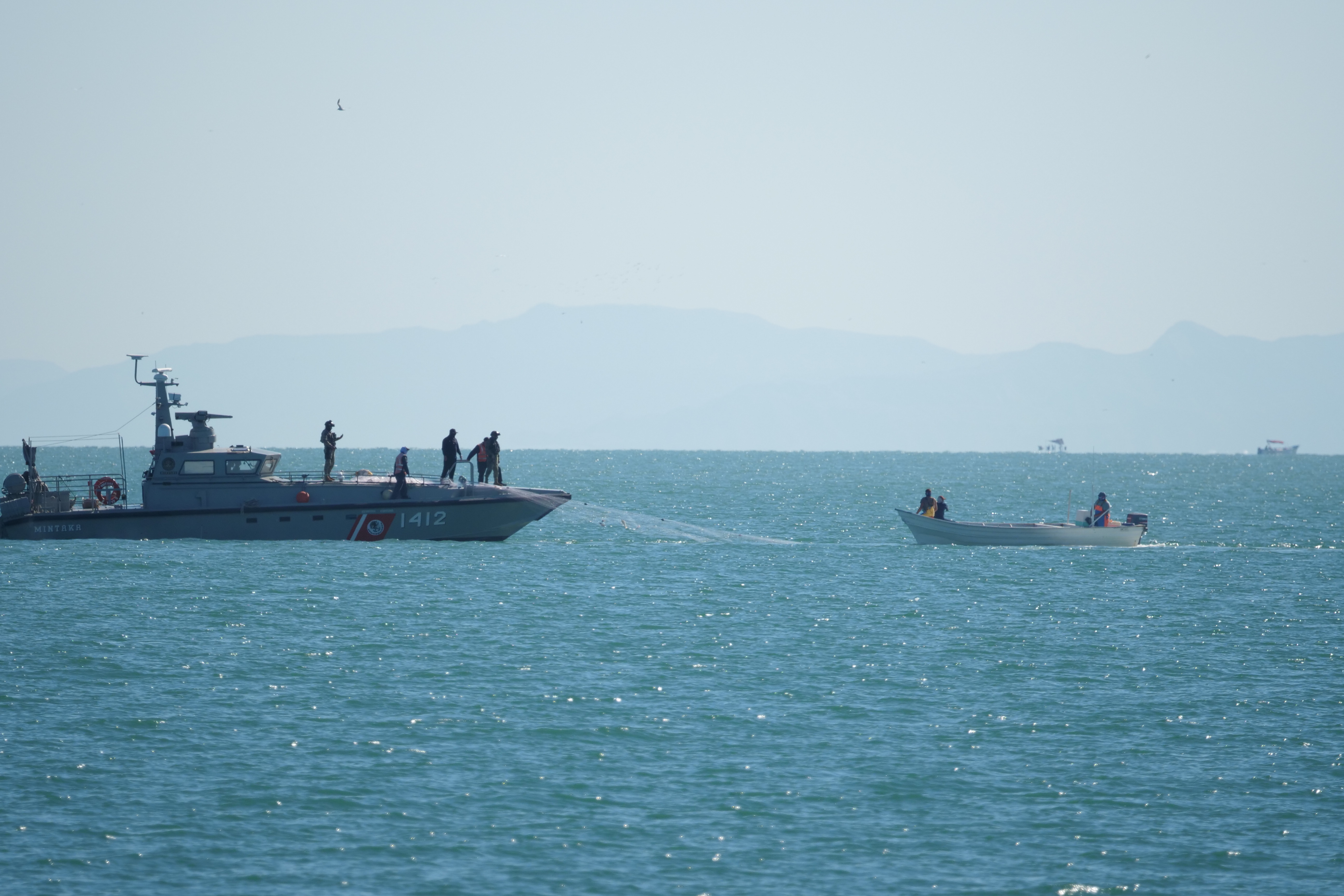 Two years ago, Sea Shepherd kicked off Operation Milagro VII and found over 100 illegal fishing boats in the Zero Tolerance Area of the Vaquita Refuge, which is the very activity that can kill the remaining Vaquita. In September of 2022, we kicked off Milagro IX earlier than any previous year and found dramatically reduced incidences of illegal fishing activity.

That reduction is due to Sea Shepherd’s work in partnership with the Mexican government and particularly the cooperation and leadership of the Mexican Navy. This partnership has evolved, expanded, and scaled to the point where we can prevent the use of illegal fishing gear that threatens the Vaquita with extinction.

The timeline of action in the Upper Gulf of California on Friday, Oct 21, 2022;

While monitoring the Vaquita Refuge, Sea Shepherd’s Farley Mowat bridge crew detected multiple fishing vessels within the boundaries of the protected region. One vessel diverted course upon sight of the Farley Mowat and went towards the north west corner of the Refuge.

The Farley Mowat observed a fishing vessel deploying a gillnet within the Refuge. Bridge crew immediately informed the Mexican Navy. Sea Shepherd observed a second vessel fishing with nets on the edge of the Vaquita Refuge. A third vessel approached the Farley Mowat and explained their intentions to fish for shrimp outside of the protected area. The interaction was respectful on both sides. Farley Mowat remained in the area.

Mexican Navy Interceptor arrived on the scene and instructed the fishing vessels to retrieve their gear. Mexican Navy patrolled the Refuge and dispersed other vessels.

Mexican Navy Interceptor arrived on scene and approached the fishing vessels with nets.

Mexican Navy pulled and retrieved a net from one of the fishing vessels as the others removed their nets from the water and departed the Vaquita Refuge.

Every part of Operation Milagro is key to the successful protection of the Vaquita; the monitoring, the reporting, the fly-over, the Mexican Navy’s apprehension of a net, the multiple visits by Navy’s Interceptors, and Sea Shepherd’s sustained commitment to remain in the protected area on behalf of the Vaquita.

Moving forward, we will be doubling down on the Vaquita’s chances for survival by deploying the newest ship in the Sea Shepherd Conservation Society’s fleet; Seahorse. After getting re-tooled specifically for Operation Milagro, the Seahorse will arrive at the Vaquita Refuge in the Gulf of California before the end of the year. This new ship will be the next step in our campaign but certainly not the last.

We will continue to improve, adapt and optimize as the challenges to this species threaten its future. We are proud to have removed over 1200 pieces of illegal fishing gear from the Refuge over the past 9 years, but we are even more proud that in 2022 we can now prevent dozens or hundreds of nets from ever even entering the Vaquita Refuge at all.

The one component of this entire campaign that will never change is our vigilance in protecting the Vaquita, and that is possible only because of our crews, captains, volunteers and supporters like you.